Swedish game developer EA Digital Illusions CE (DICE) is gearing up to release its latest game, ‘Battlefield 4’ and the company took the opportunity to present additional details regarding gameplay and features at this year’s E3. The most important new features of the eagerly-awaited game include take-down reversals, squad-boosters and an upgraded suppression system. 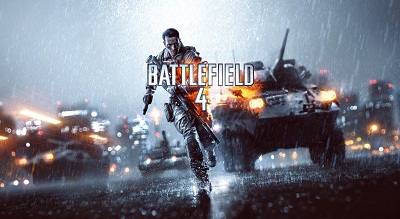 The first new feature of the game includes a green bar, located above the mini-map, that tracks ‘Field Upgrades’ and whenever squads manage to pull off team achievements, it fills up. This is a non-persistent upgrade system, which means that if the player and his team are scoring events, different levels of Field Upgrade will fill out and allow the player to unlock ammo, grenades or various other helpful boosts.

When it comes to reverse melee take-downs, this feature is still being worked on. For the time being, this means that if the player sees someone, he will be able to sneak up to them from behind and they cannot counter the player. So, if someone melees the player and he melees them back with the correct timing, the player wins.

Other additional information is that most weapons in ‘Battlefield 4’ allow for less suppression and LMGs are the most suppression-heavy weapons in this game. The new game, set to be released on October 29, 2013 for PC, Xbox 360 and PS3, is already getting positive feedback. ‘Battlefield 4’ will also be released for Xbox One and PS4, however, no official date has been set for these two consoles.