Popular game developer Rockstar Games is set to release the fifth installment of its widely-successful ‘Grand Theft Auto’ series, ‘Grand Theft Auto V’, on September 17, 2013. As the release date of the highly-anticipated game is approaching, there are some additional details recently published. 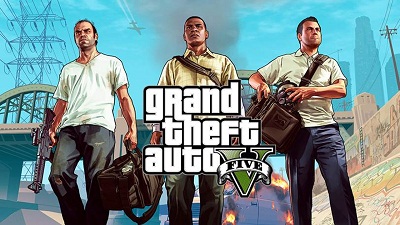 Several months ago, photos featuring a crashed car and a banner for the game started making the rounds and most thought it was a live-action commercial for ‘Grand Theft Auto V’. Unfortunately, it was later revealed that the commercial in question was in fact for PlayStation and not for the game.

However, after months of waiting, the new commercial for PlayStation 4 called Greatness Awaits is now available, with an especially interesting Behind the Scenes video which very much resembles the so-called ‘Grand Theft Auto V’ live-action commercial. In this case though, the banner has been replaced with one for ‘The Witness’ by designer Jonathon Blow.

There are two possible scenarios regarding this. The first is that ‘Grand Theft Auto V’ was supposed to be announced for the PS4, but it was rescheduled for a later date, as it is very noticeable that Rockstar Games would release the game only for PS3 and Xbox 360, with two next generation consoles to be launched so soon. The second is that the banner was simply a guess on the part of the production crew and was removed after the official word came in.

One thing is certain, this is not a coincidence and more will be known in the coming months.