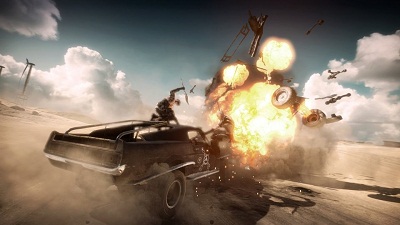 The story begins when the trusty interceptor is lost and it is the player’s mission to build up a new war machine. According to the studio, players will be given a complete range of customization options for the new vehicle, as this will enable them to build the most perfect war vehicle.

The ‘Mad Max Arise’ gameplay will be kept very simple, even though it contains some over-the-top moments, but the main focus will be on the combat. The mostly vehicular combat will be enriched with some extremely exaggerated physics. Along with the combat, exploration will be of vital importance, as players need to find food, fuel and parts. The studio confirmed that, when it comes to this game, stealth is not a key element. Players can take advantage of the enemy by sneaking up on them, but that is not exactly recommended.

Avalanche’s lead designer Gschwari explained how challenging it was for them to work on such an iconic franchise and how elaborate the entire project was. He went on to say that the studio wanted to work on a project like this for a very long time.