Japanese multinational corporation Sony confirmed that its latest console, PlayStation 4, will retail for $399 in the United States. The announcement was made during the company’s press conference at E3 on June 10, 2013 and marks a significant advantage, price-wise, over Microsoft and its Xbox One, which will retail for $500. 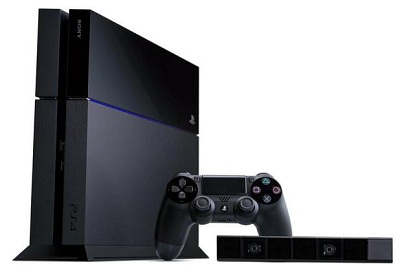 The company also confirmed that the highly-anticipated gaming console will become available during the holiday season. Retailers are already keeping themselves busy by offering pre-orders for players who want to get the new PS4 on the release day. Sony thrilled the crowd at E3 by revealing the new console’s look, but also managed to beat rival Microsoft when it comes to internet connectivity and used game.

The PS4 pre-orders indicate that the console will ship by December 31, 2013, however it is very likely that this will happen much sooner than that. As Xbox One is set to be released in November of this year, Sony will definitely want to get a similar date of sale. The PlayStation 4 uses a processor similar to Xbox One, but features faster RAM. Lower price could help Sony win the battle over Microsoft, but that still remains to be seen later this year.

Along with the console, players will get one DUALSHOCK 4 PS4 controller, including a touch pad, rechargeable battery, three axis gyroscope, three axis accelerometer and the new share button. The price also includes the PlayStation Eye with two cameras with 85-degree diagonal views for better depth perception. In addition to that, players will get a PS4 Move controller which interacts with the PlayStation Eye.

Amazon is already taking pre-orders at $399 with free two-day shipping.