The Bureau: XCOM Declassified will see the light of day on August 23, 2013 on a variety of consoles including PlayStation 3, Xbox and PC. In the past, this title has caused some controversy as it deviated from the turn-based strategy game. The new game will keep the 1962 period setting and will be a reboot of the third person shooter XCOM. 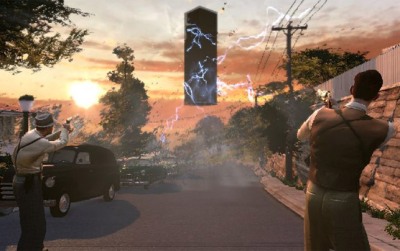 The Bureau: XCOM Declassified is being developed by 2K Marin, who are the creators of BioShock 2. There are a few live action trailers, but no new footage has been added to this title. According to the president of 2K Games Christoph Hartmann, the company is very happy about the new vision that the game has received. Hartmann feels that the game is challenging and will force players to think tactically. It is set to be a narrative-driven title and has been iteratively and creatively designed.

In this title, gamers will be playing the role of special agent William Carter, who will be taking his squad of agents into battle. You will need to chaperone your agents and leave the dead ones behind, even as new recruits take their place. The Bureau is set to challenge gamers like no other third-person tactical shooter on the market.