Fans of the SEGA Genesis game from 1990 called Castle of Illusion will be happy to know that a new high definition version of the title will soon be launched by Disney and SEGA. The game will be available on PC, PS3 and Xbox by the summer of 2013. The plot of the title revolves around Mickey Mouse, who is trying to save Minnie from the witch Mizrabel. 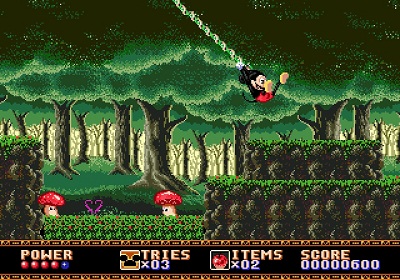 Many aspects of the original game are to be kept in the revamped HD version of the title. Mai Kawaguchi, who is the  senior digital brand manager at Sega, said that the original title was an iconic addition to the gaming space when it first released back in the 1990’s and its major elements will be ported over. The HD version of Castles of Illusion is being developed at the Australian office of Sega Studios and will rekindle some of the magic that Disney had infused into it.

The game’s original director is currently at Disney Interactive and will play an important role in taking the venture forward. Sega’s vice president of digital business Chris Olson, said that the well-deserving game needed to be brought to a new generation of fans, who would be able to see how fantastic Mickey Mouse looks in his new setup.