GameStick was initially planning on releasing its Android-based gaming console ahead of Ouya, however it has pushed the release date of its console back to June 2013. The new console can be plugged into the HDMI port on a television and can be controlled via a Bluetooth controller. The initial launch date for the device was scheduled for April, but the company is taking precautions to deliver a good product and this has resulted in the delay. 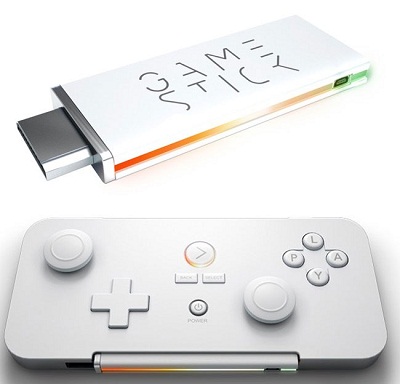 The GameStick contains 8 GB of flash memory and runs on 1 GB of DDR3 memory. Underneath, the Android platform controls the device and it has Wi-Fi capability as well.

An update from the company mentioned that GameStick would have liked to ship their controllers earlier, but they have received a large number of orders, which has caused them to err on the side of caution. The other Android-based console Ouya was scheduled for a June 4, 2013 release and with GameStick being pushed back, it looks like both consoles will be released around the same time.

Both Ouya and GameStick had turned to crowd-funding site Kickstarter to attract investors. However, Ouya received most of the attention by gathering over 60,000 investors, whereas GameStick only managed to come up with 5,700.