For those who remember Atari’s Pong game, an interesting event is about to take place. The legendary game is all set to be played on the side of a skyscraper building in Philadelphia. The enlarged version of the game will take place with the help of a number of built-in LED lights, which will represent the paddles and ball at the Circa Centre. 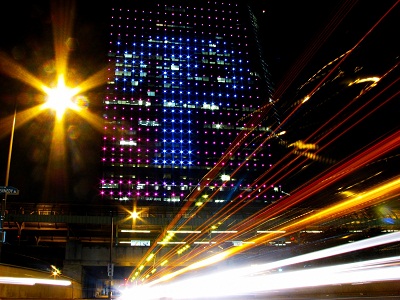 The 29-story skyscraper will play host to the game on April 19, 2013 and April 24, 2013 and players will be able to have a go from a distance with the help of giant table-mounted joysticks. The Philadelphia Museum of Art will be the site from where players can contest each other from across the Schuylkill River.

According to Frank Lee, who is a game-design professor from Drexel University and the man behind the concept, the building-side game is his love letter to the technological world, seen through the eyes of his childhood. The process of getting the game ready to play on the Circa Centre took five years and eventually came into being after people at the  Brandywine Realty Trust came into the picture.

The game will be showcased as part of the Philly Tech Week and it is estimated that roughly 150 people could play the game over the course of two days.