The impending release of Grand Theft Auto 5 (GTA 5) has kept quite a few gamers on the edge of their seats. Now Rockastar Games will be releasing the latest instalment of the series on September 17, 2013. The gaming company has released screenshots and a trailer of the new game, which shows that the visuals and feel of the title would be quite smooth. 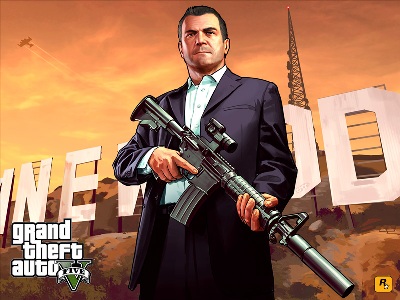 Gamers could pre-order the title early, as sales are sure to sky-rocket once it is released.  From the trailer it can be seen that the gameplay comes right out of the stables of the GTA series and the concept of a ‘crew’ has been inculcated as well. Crews can be created among friends and family, as well as social circles. This allows for flexibility and the ability to play as a team.

The story of GTA 5 revolves around Michael, who is a regular family man. Another character who makes an appearance is Trevor, who appears to be a psychopath. The characters try to make some easy money in the Los Santos underworld and this is where the story gets interesting.

Grand Theft Auto 5 will be available from local retailers in September 2013 and more information is available from the Rockstar Games website http://www.rockstargames.com/V/