The new Piston ‘Steam Box’ system from Xi3 Corp. has been placed at USD 999 and pre-orders for the machine have started. The Piston is a small form-factor personal computer and is designed with the Steam video game distribution system in mind. 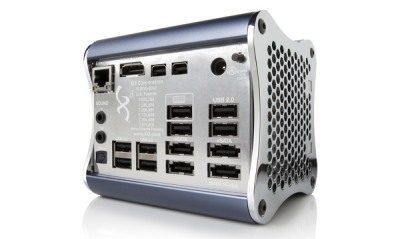 Valve Software owns the Steam system and the new Xi3 box has been built with a view of getting video games into the living room. The 128 GB device will have a solid-state drive and will be priced on the higher side, at USD 999. It will start shipping towards the latter half of 2013.

According to Jason A. Sullivan, who is the president, founder and the chief executive of Xi3, the company was concerned that it would not be able to cater to the demand for its product. As a result, pre-orders for the new machine have been opened. The Piston console was unveiled at CES 2013 in Las Vegas, in the month of January.

One of the key features of the Steam Box is the Xi3 Modular Computer chassis. The processing unit is based on the AMD Fusion ‘Trinity’ R-464L and contains four x86 Piledriver cores running at 2.3 GHz. There will be 8GB of DDR 3 memory and 4 MB of L3 cache available as well.