Shroud of the Avatar is the new RPG series from the creator of the Ultima and Ultima Online games – Richard Garriott. Garriot has started up a Kickstarter campaign so as to raise funds for the new project. The new game will have elements of the Ultima world, with some considering it to be a successor to the developers previous works. 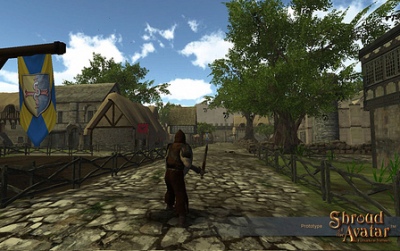 With the new release, Garriott was looking to push a strong story line for an RPG title, as well as making a difference to multiplayer gaming. He said that with the current games in this genre, there is not enough happening in terms of creativity.

Changing the way muliplayer is handled is going to be one of the main selling points of this game. The concept of automatic ad-hoc multiplayer has not been explored much and this new title will facilitate this. Strangers would be brought in as gaming partners and this will make things interesting.

While talking about the new title, Garriott said that the first episode will be called Forsaken Virtues. The game intends for all players to have their own experiences, with other players capable of being spectators of the situation that is unfolding. Overall, ‘Shroud of the Avatar’ looks like a game worth investing in.