Computer chip manufacturing company AMD have said that they will be making a modified version of the Sony PlayStation 4 (PS4) chip. AMD had custom-built the PS4 chip and are now planning on coming up with a slightly modified version, which will not be as powerful as the original. 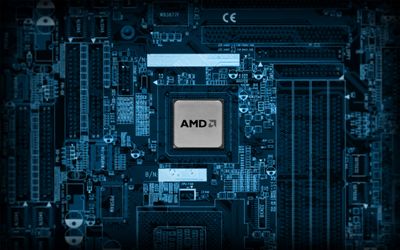 The Jaguar architecture is the latest from AMD’s stables and most of what it contains is not known to the general public. However the PS4 APU (accelerated processing unit) that was built by AMD is considered to be the most powerful for the company.

John Taylor, who is an executive with the chip manufacturer said that the new APU will not house as much power as the PS4 one, but it will be built along the same lines as its predecessor. The newer chip will be designed for PC’s and will be fitted with fewer cores than the regular Sony chip.

According to reports, the processors that are based on the Jaguar architecture are set to have four cores, while those designed for Sony and its PS4 are set to have 8 cores. The GPU and the CPU will be be residing on the same die and will share the 8GB worth of GDDR5 memory.