Skylanders: Swap Force will be the next installment in Activision’s toy-oriented gaming franchise. The idea behind Swap Force is to allow users to change the top and bottom halves of various game characters to make their own. According to the company, Portel Masters will be able to create 250 unique combinations by utilizing new characters. 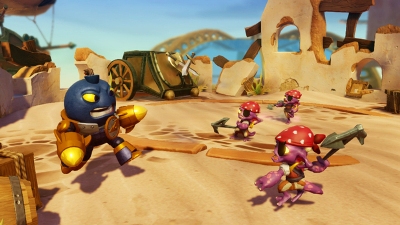 The new Skylanders will house 16 new characters from the game, along with 16 new Swap Force characters and 16 new classic characters. This is in addition to 8 new LightCore characters. Eric Hirshberg, who is the CEO of Activision Publishing has said that the company is pushing their new product forward with the help of innovative customization.

He said that kids will be able to customize their characters in the real world and then be able to see these same customization take shape in the virtual world as well. This new customization would make the toys come to life and would increase the level of interest for the game.

Both Skylanders Giants and Skylanders Spyro’s Adventure will allow for the use of Swap Force characters. Sales for the Skylanders franchise in the US have gone past the USD 500 million mark according to data released to the media.