February 5, 2013 will be a good day for fans of Dead Space 3. According to sources, Electronic Arts will be releasing the game with eleven separate paid DLCs (downloadable content) on day one of the release. Users will gain access to weapons, bots and different loots by using these DLCs. 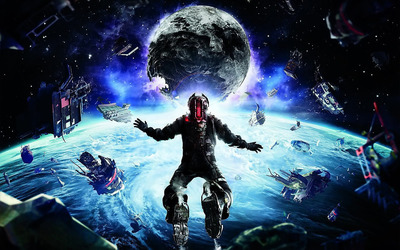 Steve Papoutsis, who is the executive producer of Dead Space 3 said that one of the bots being released include the Scavenger Bot, which can harvest resources and deliver them to the Tool Construction bench. There are hidden bots to be found as well, apart from the ones that can be found regularly in the game.

The Scavenger Bot also plays an important role by providing gamers with an edge. By using this bot players can get into situations that offer reward for taking risks. The bot can be upgraded as well, which will allow it to get faster in regards to trips to the bench, along with an increase in capacity.

Dead Space 3 also comes with a variety of resources, that also add to the enigma of the game. These resources come as a replacement for credits. Resources have been placed at specific locations in the game, so as to help with exploration, opening lockers and even looting enemies.

The First Contact Pack is free, whereas the others will cost between USD 0.99 to USD 4.99.