It is time for Star Trek fanatics to rejoice as the video game rendition of this franchise is releasing on April 23, 2013. Star Trek is an American sci-fi entertainment prerogative created by Gene Roddenberry. The franchise originally started with ‘Star Trek: The Original Series’ and has since progressed. There have even been spin-offs and movies made about the series, all of them though, stayed true to the ethos of the franchise. 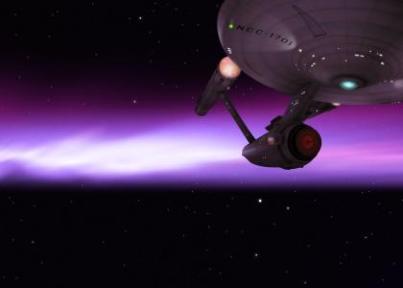 The Star Trek video game is not shrouded by mystery. The game developers of legendary series have announced that players will be battling the green reptilian race known as Gorn (First seen in The Original Series in an episode – Arena). The game is releasing for the Xbox, PS3 and PC. In this title, gamers can play as Spock or Captain Kirk and each of these characters are tailor-made according to the Star Trek franchise.

The game also contains an all-original story penned down by Marianne Krawczyk (of the God of War fame). This game has no hints or spoilers that point to J.J. Abrams upcoming film ‘Star Trek: Into the Darkness’. However, there is still no news about the game’s release for Nintendo’s Wii U. For Star Trek fanatics this will be treat, as the game releases in April and J.J.Abrams ‘Star Trek: Into the Darkness’ releases on May 17, 2013.