The Mayans are a Mesoamerican civilization. They were well known for their art, architecture and their mathematical and astronomical systems.  21st December, 2012 is the end of the 5125-year long cycle of the Mayan calendar and this very fact has people losing their wits. The concept of this being the ‘end of the world’ has gone to such extremes that apart from movies, there are quite a few video games based on the world ending and the post-apocalyptic future. 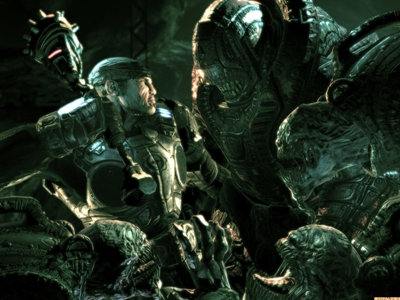 Here is a list of top 5 video games that will give you feel of what may come.

1. Gears of War – The Gears of War trilogy has showcased humans fighting against the Locust hordes. This game requires no survival tactics but it does have a lot of violence and some really sophisticated weapons, designed to take out these post-apocalyptic monsters. With some great gameplay and stunning graphics, this game stands out from the rest of the ‘end of the world’ games.

2. Assassins Creed – This 5-set game (so far) has been quite sensational. The latest version of Assassins Creed (AC3) has to do with the end of the world. All thanks to the Templars that the Assassins have been fighting for centuries.  Classy gameplay, a well tailored story and some awesome moves shape this deadly game.

3. Darksiders – Darksiders and its sequel is quite loosely based on the biblical apocalypse that is described in the Book of Revelations. In the first rendition of the game you play War – one of the four horsemen who is fighting against angels, as well as demons, as the world around him begins to crumble.  With stunning graphics and adventurous game play, this title has it all to prepare you for what may happen in the future.

4. Fallout – When it comes to the end of the world and post-civilization madness, the one series to go for is Fallout. It started out with mediocre graphics, but has now evolved into so much more. The Fallout series has probably the best description and detail of what the post-apocalyptic world may look like. For the love of humanity let’s hope it doesn’t turn out that way.

5. Metro 2033 – Metro 2033 is one of those rare games that are based on a book. Russia is decimated after a nuclear war and all the radiation from the war mutates man and animals into creatures known as the Dark Ones. Metro 2033 is a first-person shooter game with elements of survival horror and stealth. This game is exceptionally gratifying as well as satisfying.