Far Cry 3 has been one of the most awaited video games of 2012. The game has been developed by Ubisoft Montreal in conjunction with Ubisoft Red Storm, Ubisoft Massive, Ubisoft Shanghai and Ubisoft Reflections. It was released on December 4, 2012 in North America and is being hailed as one of the finest video games that has been released of late. 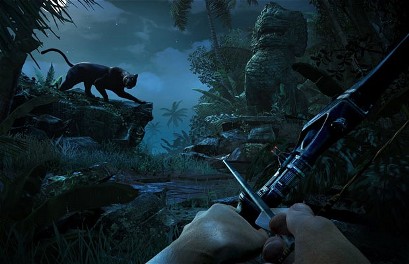 With Far Cry 3, the gamer is transported to a tropical paradise where they will have to fight the inhabitants of the islands to escape. The central character of the game is Jason Brody, who is trying to help some friends off the islands in this open world first-person shooter game. Brody needs to overcome the island’s flora, fauna and human inhabitants as he explores various facets of the beautiful landscape.

The visual experience surrounding the game is what will take your breath away. Ubisoft Montreal have taken it upon themselves to create a very realistic island environment, which Brody will have to use to be able to overcome Vaas, who runs the islands.

Far Cry 3 also features a good stealth mode and the enemies have been designed well, as they are not too overbearing or too easy to run through. On the downside it does appear that the bad-guys re-spawn too soon for ones liking, but this is hardly a low point in an otherwise excellent gaming experience.