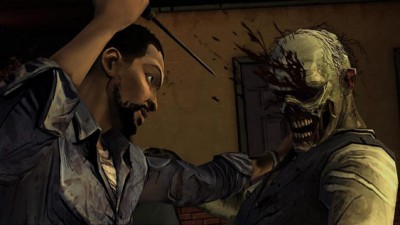 Previous versions of the game were only available as a digital download, but the new disc release will be made for various consoles such as Xbox 360, PlayStation as well as for PC’s. The box set will contain 5 editions of the game series and will be priced at USD 29.99.

The Walking Dead has been in demand at various award shows of late, with nominations for Game of the Year at Machinima’s Inside Gaming annual awards and Spike TV’s Video Game Awards as well. It has also managed to secure 4 and 6 nominations in total at both award conventions.

Gamestop is currently releasing a limited Collector’s Edition bundle for PlayStation 3 and Xbox 360. Apart from this, Best Buy will also have a Limited Edition cover variant, which comes with a poster insert. The PC-based disc is only available at Best Buy.