With the release of Lego Batman 2 earlier in 2012, Traveler Tales looked to cash in on some of the Batman fan-following. Now with Lego Lord of the Rings, the company is looking for a foray into Tolkein’s imaginary world. Traveler Tales (TT) does do a good job with its games, the concept being that they take a well-known franchise and then put a Lego touch to the movie and convert it into a game. They managed to do well with Star Wars and Harry Potter as well. 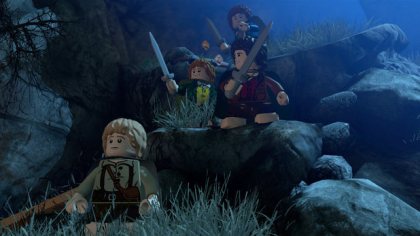 Lego Lord of the Rings is a fun game to play, but it isn’t as well made as some of the other games that have been released by TT. Normally TT would aim at the kids market and have enough to keep adults engaged, but this time they have made the Lord of the Rings too simplistic.

Gameplay isn’t as complex and the general feel a gamer would get is that the game is a bit too easy to play. The animation is good, but that will not be enough to say that the game is one of the greats. The puzzles in this game are not too complex or overly interesting as compared to some of TT’s other efforts, such as those in the Portal series.

The graphics are good and the music is themed from the movies, so there isn’t anything new to look forward to. Overall, this game is meant for the kids and it will great for them. If you are looking to get into the game for any additional challenges it may not be worth your while.