With the Christmas season fast approaching, gamers will be looking to get their hands on some new games for the holidays. Here are 3 games to keep you interested and finish 2012 on a high. 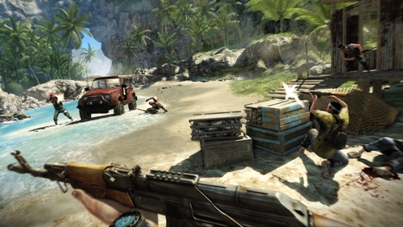 Battlefield 3: Aftermath – This game has been in the news for a while and is the fourth expansion pack for Battlefield 3. There are new multiplayer features being added along with new maps, weapons, vehicles and character skins, which will be available to premium members from December 4, 2012.

Far Cry 3 – This open-world first-person shooter is set to be an action packed explosive game. Players will be forced to escape a group of islands in the Indian Ocean, while battling with the deranged inhabitants. The developers say that they were trying to go for the most realistic approach to make it the best in the Far Cry series. The game is set to release on November 29, 2012 for Europe; November 30, 2012 for the UK and December 4, 2012 for North America.

Hawken – An independent multiplayer mech combat game, Hawken offers a one-of-a-kind gaming experience. Gamers will be able to pilot a massive robot while trying to combat others in a strategic fast-paced action environment. There is talk of the game already spawning a movie with Scott Waugh showing interest in producing it. It will be released on December 12, 2012, as a free-to-play title.