The latest releases in the Pokemon series – Black 2 and White 2 – follow the main games motives quite closely. Although some may find the overused formula a little uninspiring, several new features have been added to make the game an interesting experience. 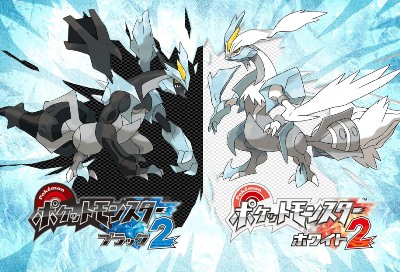 The new Pokemon installments carry on from where Black and White titles left off. The stories are continuations from the previous issues and even have links to past saves from the Black and White series, allowing you to unlock certain new features. The new releases allow users to control new protagonists, while dealing with the aftermath of Team Plasma trying to conquer Unova. The mystery of the third legendary dragon continues as well.

In terms of game-play, the new games retain their playability from previous installments, with players getting the option to ask for a new round of ‘Repel’ spray once the initial spray wears off, this makes cave travel easier and goes along with the improved travel experience of the game as well.

Pokestar Studio also adds some creativity into Black 2 and White 2, with players trying to solve puzzle challenges by trying to complete films based on several movies and movie tropes. Although this is not part of the main story-line, it is a great side-show which will win a few laughs. The Pokemon World Tournament is another side-show which is set to make it big, with various protagonists from different editions pitting their skills against each other.

Although the new games follow a beaten path, Black 2 and White 2 provide enough entertainment overall for gamer’s to not be disappointed.