Medal of Honor: Warfighter, continues much along the same lines as the 9 earlier military shooter games from EA games. It relies on tried and true formulas for Warfighter, such as sneak missions, controlling drones, explosions and other similar game-play options. 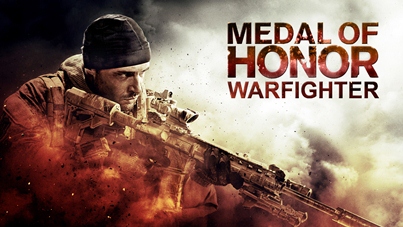 In this release of the military game, the developers Danger Close have decided to scale back on the violence to a certain degree and have added some extended cut scenes. This could be a ploy to divert attention from excessive killing in military games, which has been getting some bad press of late. Having said that, there is more than enough killing to go around to satisfy the average gamer, and the team has taken an extra effort to make the entire game more realistic.

In keeping with their previous releases, Warfighter too demonstrates gameplay on moving vehicles, where at time you are in the streets of Dubai, trying to get away from security 4×4’s while the in-cockpit camera takes you on a violent ride. In another scene, you walk through rain of varying degrees only to get onto a speedboat and make your way out of the Somalian countryside while avoiding rockets being fired at you from pirates.

Overall, although there is nothing too new to expect from the game, there are some handy additions such as the stealth car chases, training at Pakistani military schools and solid multi-player modes. Warfighter is still a great game to sink your teeth into, but EA could have done more in terms of originality to make the game interesting