Asus has released a new breed of gaming computers in across Asia. The customized desktops include NVIDIA graphics cards and one-click overclocking, among other features. The new range of PC’s are called ROG TYTAN and run on the Windows 8 operating system. 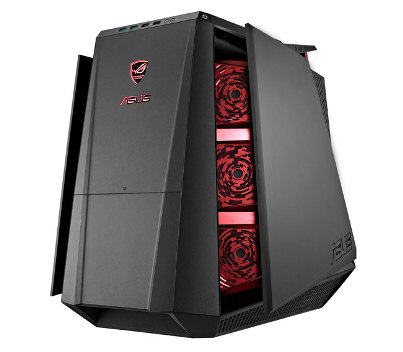 In terms of graphics, the CG8890 has some interesting technological advancements, it features two of NVIDIA’s most powerful Kepler chips on a single board. The graphics card is known as the GeForce GTX 690. If gamers decide to go with the 2TB hard drive along with the graphics card, they will be paying $1000 for the card itself, which automatically pushes up the price of the PC to over $4000.

The one-click overclocking feature of the CG8480 uses the four-core Intel Core i7-3770k. The CG8480 also contains 2 TB of hard disk space along with an NVIDIA GT 640 graphics card.