Although Darksiders 2 is not having the kind of success Vigil Games was expecting, both Vigil and THQ are still putting in a healthy effort to boost the game. Abyssal Forge is the newest title to the DLC pack and it includes newer play areas, including newer dungeons and swamps. 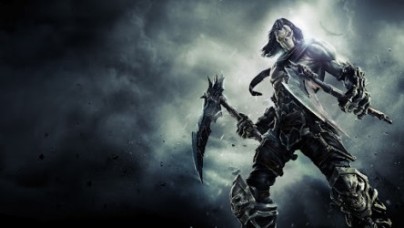 With the addition of new swampy structures and effects, gamers are in for a murky gaming experience, with Death sure to feel comfortable in its surroundings. Additions to the game include new dungeons, new enemies, ‘Legendary loot’ and newer ‘expanded loot’.

If you are a newbie to the game, you may struggle as the improvements are directed towards players who are more familiar with the games intricacies. So if you are interested in heading into this title, it’s a good idea to get the original quest to get a feel for things.

According to our sources, the Abyssal Forge DLC is set to hit North America on October 30, 2012 for Xbox 360, PS3 and PC’s. The game can be downloaded through normal channels for $9.99 USD or its equivalent at 800 Microsoft Ports.  Even though the game is releasing earlier in North America, it is set to release on October 31, 2012 in EU.