America’s Presidential debate is now influencing video games, with a liberal nation security group releasing an ad as well as a game relating to how war with Iran could have serious consequences. The Truman National Security Project has raised questions about the lack of an exit strategy from Iran and the true cost of war. 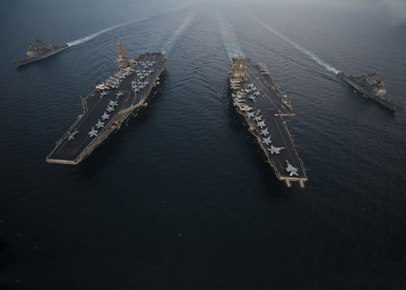 In ad released by the company, a veteran is seen speaking into the camera, talking about how he does not see how the situation in Iran is going to end. During the ad, pictures of John Bolton and former Vice President Dick Cheney are flashed on screen. Both have been key figured in US foreign police over the years. The veteran goes on to say that his friends and he deserve an answer for potential war in the Middle East.

According to the Truman Project’s spokesperson Stephanie Dryer, the ad is planned to run on CNN in line with the Presidential debate on Monday. It is yet to be ascertained how much is being spent to keep the ad campaign alive. The video game that has been released by the group allows a user to play the part of America’s President and take the reins in the Iranian confrontation, putting the gamer in a position to make crucial decisions and change the course of history.