Chris Roberts, creator of Wing Commander is back with an interesting combat simulator known as Star Citizen. The new space combat simulator is aimed at high-end PC’s and is due in roughly two years, according to the announcement made by Roberts at the Games Developers Conference Online in Austin, Texas. 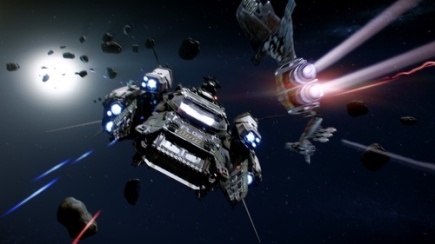 Support for virtual reality headset ‘Oculus Rift’ is being worked into Star Citizen according to Roberts, and will contain traces of his previous games Freelancer as well as Wing Commander. Cloud Imperium Games has been developing Star Citizen for the past 12 months.

Roberts stated that he has been noticing that game developers have not been pushing the boundaries of what can be done in this particular gaming genre, and that they have stopped being innovative. He is planning on changing the way games are being developed by going back to some original thinking on space simulator games.

Star Citizen is set to be available as a one-time purchase, where players can purchase virtual items with real money in order to make changes to their space ships. Roberts has mentioned that even though Star Citizen has been receiving most of its funding privately, any fan who sends funds for the games’ development will get beta access to the game in a year.