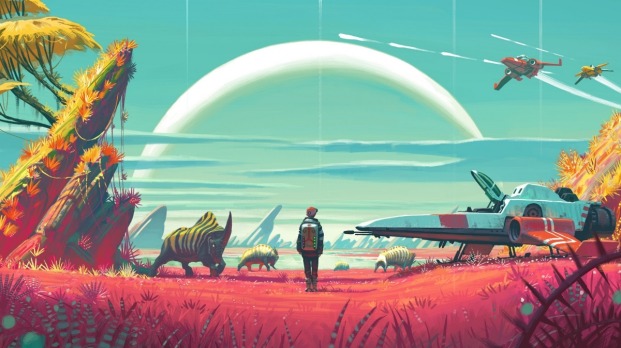 The Advertising Standards Authority of UK had launched an investigation in September, 2016 over ‘No Man’s Sky’ over misleading promotional material featured on Steam. The investigation was launched after several complaints over the game’s alleged misleading use. But now the regulator has dismissed the claims and said that no further action is required.

The Advertising Standards Authority is a non-statutary, who has a role to regulate the content of advertisements, sales and promotions and direct marketing in the UK. The ASA does this by investigating in to the complaints made about ads, direct marketing or sales promotions. This can also interpret or enforce litigation. The regulator now opines that the ruling is thorough and comprehensive but added a few points.
The ruling from the ASA said, “The ad contained several screenshots and two different video trailers for the game, as well as a text description. We understood that, as NMS was procedurally generated, player experiences would vary according to what material was generated in their play-through.” It added that the summary description of the game had clearly mentioned that it was procedurally generated and that the game universe was essentially infinite and that the core promise was exploration.
The ruling by the ASA also said that they understood that the user interface and the aiming system had undergone cosmetic changes as the footage for the videos was recorded. But they did not consider that such elements would affect the decision of the consumer to purchase the game and concluded that they did not consider the ad was likely to mislead in that regard. After many weeks of silence, the makers of the game launched its base-building update last weekend. However, the gamers can expect more in near future.