Many video games in recent times had launched luring and sugarcoated trailers that looked very nice initially but it showed its real colors when the gamers actually played it. Here are some of the games which had misleading trailers and disappointed the gamers. 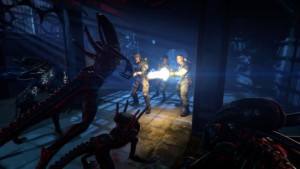 1. The Order: 1886 – The game was launched by Sony and Ready at Dawn Studios and disappointed the gamers due to very short game play and very little player involvement. The game was also named as the most disappointing game of the year 2015 for PlayStation.
2. No Man’s Sky – The game had promised features that were not implemented in the game. The gamers had even made jokes that the game would make a good refund simulator.
3. Prototype 2 – The game was indeed promising and was enjoyed by the critics and gamers. However graphic wise, the game did not meet expectations as it was shown in the trailer. The game has lacked in terms of good visuals.
4. Watch Dogs – Allegations were made on the makers of the game that they had downgrade the visuals but the developers denied it. The makers had launched a spectacular trailer but disappointed when it was actually released.
5. Assassin’s Creed: Unity – Game makers usually delay the launch of the game in order to clear out bugs. But this was one game that did not go through a bug check. However, the makers later on sent out patches and apologies to the gamers.