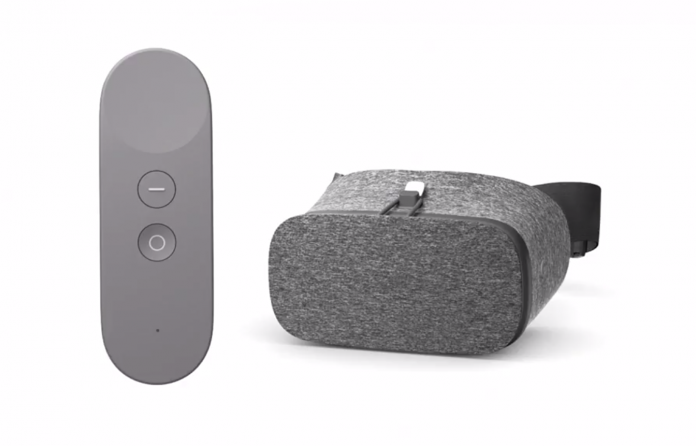 Search engine giant Google unveiled a new virtual reality headset known as the DayDream View on October 4, 2016. The new headset and controller is all set to go on sale in November 2016. 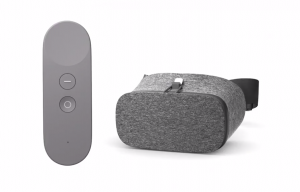 The new VR headset by Google will have a price tag of $79 and will be available from November 2016. The device by Google will be a competition to Samsung’s Gear VR which has a price tag of $99 but is currently offered by Amazon for $69. Google’s VR chief, Clay Bavor has explained that the new DayDream View has a soft and cozy material for comfort for the wearer.
There is a micro fiber fabric on the viewer and strap to give the wearer a softer feeling on the face than the plastic metals which are used in other products. Bavvor informed that it has worked with the clothing manufacturers to create the device which is big enough to fit over the wearer’s eye glasses.
Similar to the Samsung’s Gear VR headset, the Daydream’s headset has a wireless working and is compatible with Android phones that acts as the screen. Bavor has also added that the other manufacturers will develop compatible phones. There is a handheld controller which works with the movies, reality games and more.