As the holiday season fast approaches, retailers in the U.S. have already started offering Black Friday deals. One of the most wanted product the people are looking forward to is the PlayStation 4 gaming console. The PS4 Gaming console is being offered by Sam’s Club along with a free game for just $299.99. 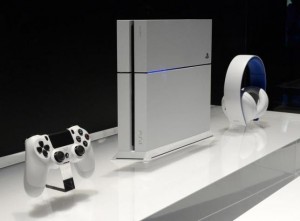 Reports say that the PlayStation 4 will be offered at a discounted price of $299.99 on Sam’s Club on November 14, 2015. The sale will begin at 7 am and will last for just a day. The information about the deal was unveiled by an employee who did not want to be identified. No reports have been revealed on the size of the PlayStation 4 and no information has been given on which free game will be offered to the users.
So it is not known of the buyer will have the power to select their own game or avail the free game provided by the retailer. The best part is that the deal will be available online as well as at the retail outlet of Sam’s Club.
Another thing to be noted that the deal will be available only for those who are subscribed members of Sam’s Club that comes at a price of $45.