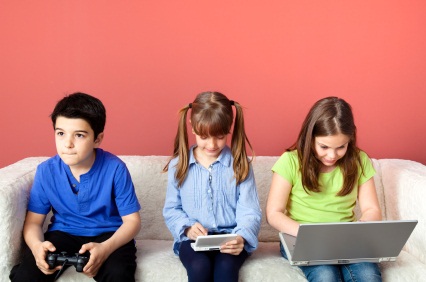 Children during the olden days used to enjoy playing games o their family TV but the upcoming generation of kids might not prefer the same way. A report has been published showing that more children between the age group of 2 to 17 years old in the US are playing games on phones than the tablets.

The report showed that 63 percent preferred phones and 60 percent preferred consoles which is not a huge gap, but the figure is of two years back. Children these days spent more time on the mobile devices and spent an average of 6 hours per week. The PC gamers platform is these days not as popular as the mobile gaming platform.
Even computer gaming popularity has fallen from 67 percent in 2013 to 45 percent today. On the other hand analysts do not have a firm explaination on the recent shift from PCs to mobile gear. Parents tend to have the fast mobile phones which forced the children to pick up the phone and play games on the small screen instead of handling the huge consoles.
However, it is still doubtful that consoles and PCs will fall completely out of favor among the younger crowd, but they will not make much sense as they did a few years ago.