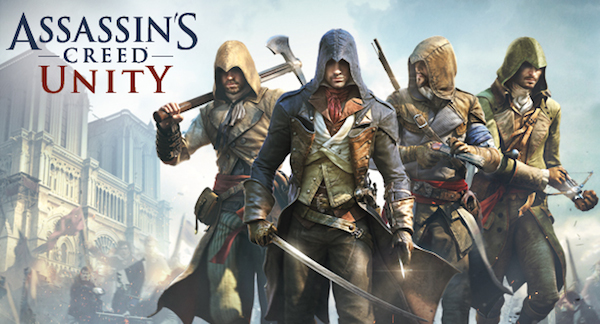 Excitement among fans of the Assassin’s Creed franchise is building up as the release date gets closer and to add to it, the developer, Ubisoft has thrown in some surprises. In the latest demo video released by Ubisoft, it shows a mysterious timehop feature. Assassin’s Creed: Unity will release for PlayStation 4, Xbox One and PC on November 11, 2014.

Unity is set in Paris, during the French Revolution. However, in the latest trailer released by Ubisoft, a section of the game seems to be set during the time of World War II. In the trailer, the narrator says “Assassin, watch out. The French Revolution simulation is collapsing. I don’t know what time period you’ll land in, but you need to get out of there. Run!”

Soon after the announcement, Arno runs and lands in a World War II setting. While some might believe it is a simulation, the fact remains that this is a sphere that has not previously been explored by the Creed franchisee.

The game follows the hero, Arno Dorian, as he tries to expose those who are the ones behind the French Revolution. Gamers have already begun to speculate the possibilities, Arno being a time-traveling assassin. This is based on the Assassin’s Creed IV: Black Flag along with some other audio files.