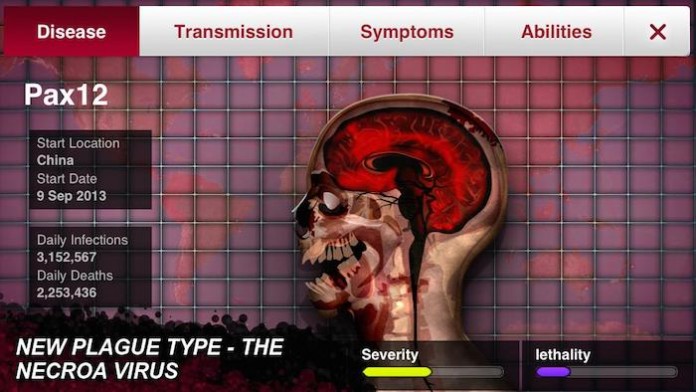 This may be the first time that a real life event has affected the sales of a virtual world game. The recent outbreak of the deadly disease Ebola has caused a surge in the number of downloads of the strategy game Plague Inc. Plague Inc has quickly climbed up the charts on the iOS App Store for paid games in the United Kingdom. 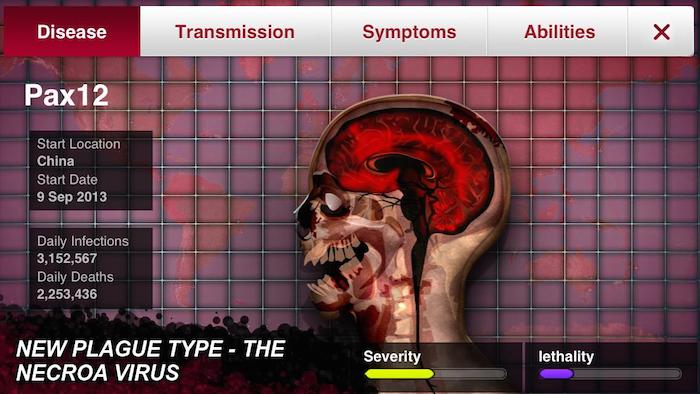 The mobile game, that has been around for about 2 years now, saw a sudden increase in the downloads in the last 2 weeks. The increase is more than 50% and the developers are claiming that this is a direct result of the popularity of the deadly disease Ebola.

Explaining why the game is benefiting from the Ebola scare, James Vaughan, creator of Plague Inc said, “People are curious about it and want to know more about infectious diseases. Plague Inc. can play a role because it’s an intelligent look at how infectious diseases can spread.”

Vaughan also added that he hopes to contribute to Ebola charities through the sales of his game. Plague is a strategy game where players must spread deadly viruses in the world to bring an end to humanity. Challenges include humanity’s efforts in saving themselves from viruses and bacterias.

There is a provision where players can customize their diseases, along with the name. This feature has been gaining a lot of traction with several people naming the disease Ebola, which claimed the lives of 4000 people in West Africa.