Developer of the WWE 2K series, 2K Sports has released details of new downloadable content (DLC) plans and a Season Pass for the upcoming WWE 2K15 game. The game will debut on last-gen consoles – Xbox 360 and PlayStation 3 – on October 28, 2014. The game will be released for the current-gen consoles – Xbox One and PlayStation 4 – on November 18, 2014. 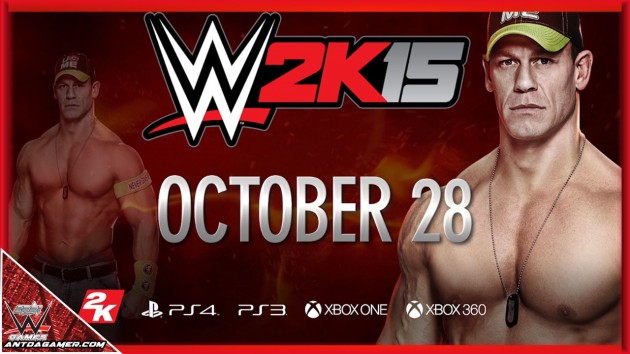 Dubbed by the publishers as the “largest and most comprehensive” DLC offering in the history of the franchise, players will get a realistic feel in the game. Superstars from WWE, WCW and NXT will feature in this year’s wrestling game.

In an expanded showcase mode, the story will follow the famous rivalry in 2011 between former World Heavyweight Champion Randy Orton and Christian. Other features include matches involving Mark Henry and a story that follows the wrestling career of Hall Of Famer Ultimate Warrior.

A special ‘moves pack’ will include 30 new moves, featuring the Multiple Gut Wrenching. The music in the game has been curated by WWE superstar John Cena. The star, who is also a freestyle rapper, has a few songs to his name.

Cena has collaborated with Wiz Khalifa for 2 songs, which will be released on October 21, 2014.

In all, there are 8 downloadable content packs that can be availed through the consoles itself or at retail shops.