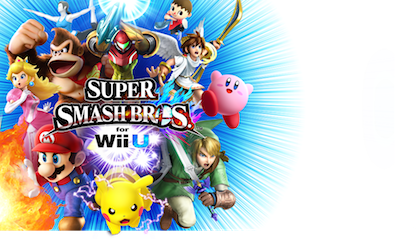 The game developer of Super Smash Bros., Nintendo, has announced that the game will release for the Wii U in North America on November 21, 2014. The European release of the game will be on December 5, 2014 and Australia will get to play the game on December 6, 2014.

Along with the announcement of the North American release dates, Nintendo also stated that Super Smash Bros. for Nintendo 3DS had sold over 2.8 million units worldwide since its launch in Europe, North America and Australia. This is the first time the franchise has come to the portable device – Nintendo 3DS.

The Japan release of Super Smash Bros. on 3DS was a roaring success as the company sold over 1 million copies of the game in a single weekend. Along with the Wii U version of the game, Nintendo will be selling its first Amiibo figures on November 21st for $12 each. Amiibo is Nintendo’s line of figurines that use near field technology (NFC) to connect with the Wii U and 3DS.

The announcement of the Wii U version comes as a sigh of relief for Nintendo fans, rumors among whom were rife that Super Smash Bros. will be delayed till 2015.