Recently released FIFA 15 races past Destiny to take the number 1 spot in the UK.

EA Sports’ FIFA 15 is climbing to the top and how. The game that was released on September 26, 2014, in the UK is now the number 1 game in the country. It has pipped Destiny to take the top sport on the UK game charts. The 21st edition of the FIFA franchisee also accounts for a staggering 80 percent of all game sales this week in the United Kingdom. 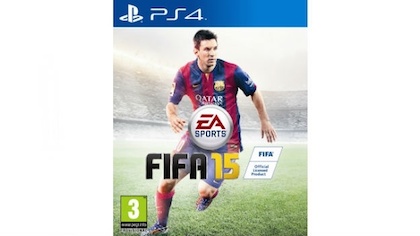 The FIFA franchise has always been successful, except for last year when the sales were not that great. The hype surrounding the launch each year just gets better with the next edition. FIFA 15 is sticking to that tradition and is already accounting for 87 percent of all game sales at retail. Sales for the PS4 and Xbox One amount to 54 percent of that number and Xbox 360 and PS3 sales combined make for 45 percent.

These sales numbers also mean that EA’s flagship series has now overthrown Activision’s Destiny to become the No. 1 selling game in the United Kingdom. Typically, the FIFA franchise earns the most in its first week, where midnight launches by stores are now very common in a lot of places.