The highly anticipated game Counter-Strike Nexon: Zombies is launched on September 23, 2014. The game is a free-to-play and is launched in the open beta. It will only be available for a short period since the full version is scheduled for a release early in October 2014. Since it is in open beta, you don’t need to work too hard to get to play it. All you need is a Steam account after which you can download the game here. 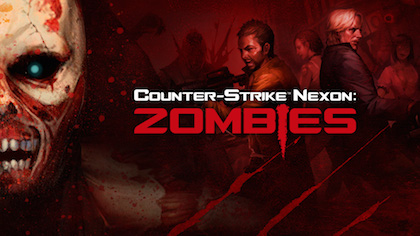 The beta test will remain open only till 9 AM PDT on September 25, 2104. The Counter-Strike Nexon: Zombies is a product of the collaboration between Nexon and Valve. Nexon is a South Korean game developer that works with other companies to make the most popular titles free-to-play.

The new Zombies counter-strike is based on the framework that was set in Nexon’s Counter-Strike 2 Online.

Product Executive at Nexon Europe, Paul Lee said, “As always, player feedback means a great deal to us, and is reflected in our games. We want to hear about which weapons players enjoy using, which modes they found the most fun, and what they would like to see more of in Counter-Strike Nexon: Zombies.”

The new counter-strike will be available in English, German, French, Polish, Italian and Russian when the full version releases in early October 2014.

You can watch the official Counter-Strike Nexon: Zombies teaser here.