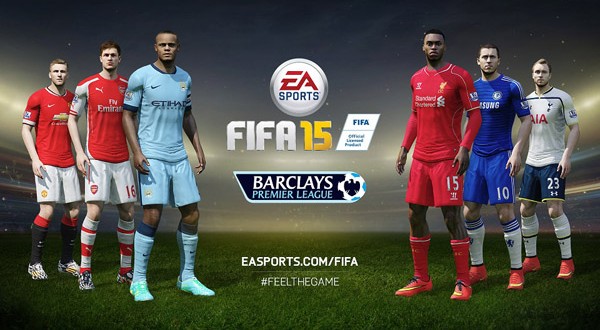 1. Who is the highest rated player?

For all those Cristiano Ronaldo fans, there is some bad news. The top rated player in FIFA 15 is Lionel Messi with a rating of 93. However, Ronaldo is just one short of that number with 92 points. Zlatan Ibrahimovic, Arjen Robben and Manuel Neuer make the top 5 with 90 points each.

2. What is Emotional Intelligence?

This is an all new feature added by developers EA Sports in FIFA 15. For all those who watch real football matches, you know that the game is made interesting with the reaction of the players on the field. In their attempt to make the gameplay feel more real and authentic, developers EA Sports have added this feature.

All 22 players will react to situations on the field in a real life manner. Players would emote according to the situation and game scoreline. For example, if a player is constantly missing the target, his teammates will begin to show their disappointment.

While this feature will not affect gameplay too much, it adds to the feel of a real football game.

3. How have goalkeepers changed in the new FIFA 15?

Goalkeepers have always been an area that EA has overlooked while developing their previous FIFA titles. However, anyone who watches football knows that goalkeepers are the unsung heroes of the game and more often than not, the side with the better goalkeeper wins.

In the new FIFA 15, EA has worked on enhancing the way keepers react. They have collaborated with the USA star keeper Tim Howard to gain insights on movements and thought process of a goalkeeper. Tim Howard has assisted with motion capture, which EA claims is going to revolutionize the way goalkeepers react when a ball is shot towards them.

EA has profiled the top goalkeepers and analyzed their movements and behavior.

4. Have EA worked on the crowds in matches?

The crowds in FIFA 15 will have a dynamic presentation. There are team specific chants and each stadium has its own spirit and way of supporting their team.

5. Is there any new celebration?

If your player scores a 90th minute goal that seals the match, all the teammates will swamp over him in the new 10-man celebration.

You can pre-order the game here.