Just a few days back, Rockstar Games announced the release dates for the PlayStation 4, Xbox One, and PC version of GTA V. The game will be released for the Xbox One and PlayStation 4 on November 18, 2014 , while the release date for the PC version will be delayed till January 27, 2015. Previously, Rockstar had said that there will be a bunch of new features that will be added to the game.

An alleged ‘leak’ on Rockstar’s official website suggests that a ‘first-person mode’ will be among the new features that will be added by the developers. 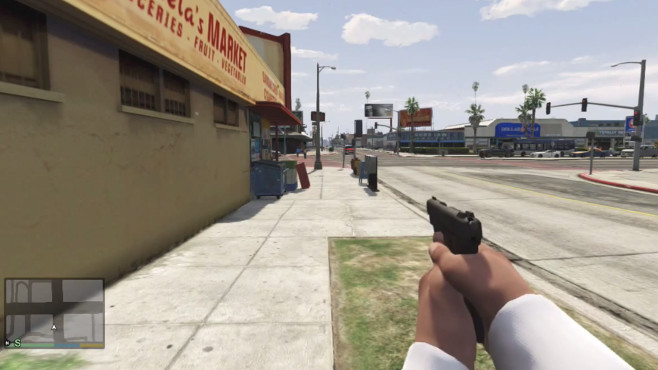 If the leak is to be believed, players will be able to play in first-person in a vehicle as well as while on foot. The leak might have been part of an unfinished post that was accidentally posted. While the webpage was taken down quickly, a Googlecache version of the article was found by a user on Reddit.

It is still not clear whether the leak is genuine or is a prank played by a prankster, who is trying to mislead fans. Rockstar has not commented on the issue yet.

A list of the new features in GTA V can be found here.

Those who pre-order GTA V will receive a range of advantages like $1,000000 in in-game cash to spend on the story and online mode of the game.