9 months after its US and Europe launch, the Xbox One launched in Japan finally.

Microsoft released their newest gaming console, Xbox One, in Japan on September 4, 2014. The introduction of the Xbox One now completes the “The Big Three” in Japan which includes the PlayStation 4, Wii U and Xbox One. The Xbox One with Kinect will sell for ¥49,980 ($480) and the one without the Kinect will sell for ¥39,980 ($380), which was the launch price for the PlayStation 4 in Japan. 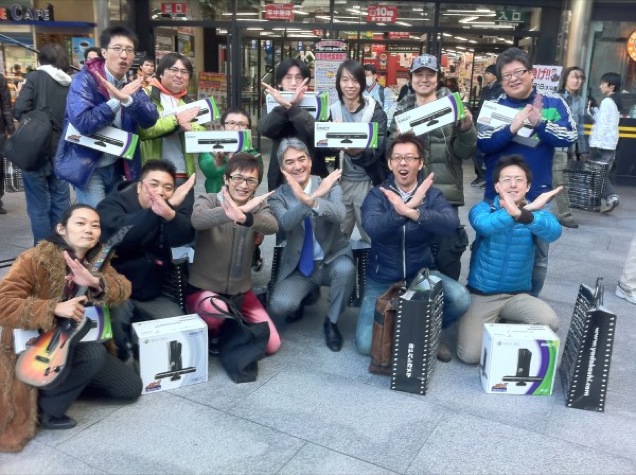 Traditionally, the Xbox has not done well in the country and this time around as well, the turnout at the media launch was relatively low. The PlayStation 4 had a great launch in its home country, but ever since, its growth in Japan has stagnated.

Japanese gamers are more drawn towards handheld gaming culture which is reflected in the sales of the Nintendo 3DS, which is the most popular gaming system in Japan.

However, Microsoft is confident that the Xbox One will perform better than its predecessor. In an interview with a prominent Japanese newspaper, Xbox head honcho in Japan, Takashi Sensui said, “I want a better performance than our past consoles. With a generational change between game consoles there’s a possibility that the market share could shift as well. We have set big goals.”

September is going to be a busy month for Xbox One since it is being launched in a number of countries. Here are the countries with their launch dates.