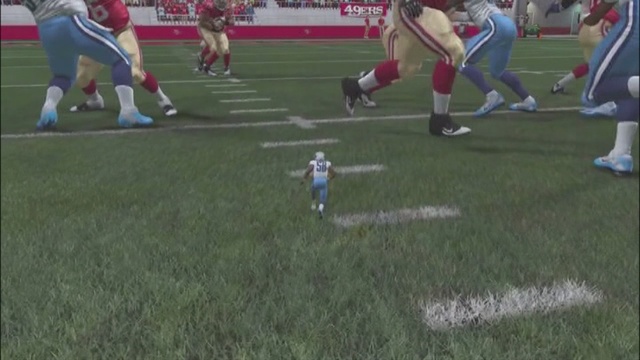 A Madden NFL 15 glitch makes Browns rookie linebacker look like a tiny player. EA Sports’ latest Madden NFL 15 is a simulation of American Football. The game, that was launched in August 26, 2014 has been in the news for all the wrong reasons. A week ago, a glitch was found in the game which made a player fly up in the air. If that wasn’t enough, here comes another hilarious bug that makes the Browns rookie linebacker Christian Kirksey look like a person stuck in a giant world.

This glitch does not seem to trouble players at all, in fact, they are having a great time laughing at the whole scene. Also enjoying the whole thing was the man at the center of it all, Christian Kirksey who tweeted “No matter how small you are, have big dreams, and live big! #madden #glitch #1’2 #reallyLOL #goodmessagetho”.

In reality, Christian Kirksey is 6 feet 2 inches tall with a weight of 235 lbs, but the strange bug in Madden NFL 15 makes him look no bigger than the football he is meant to be kicking. His diminutive size does not affect his spirit in the game, he still charges with the same intensity and recovers fumbles. However, he can’t makes tackles effectively.

Madden NFL is based on the National Football League and is out for the Playstation 3 and 4, Xbox 360 and One.