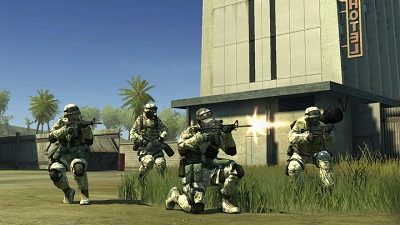 American developer, marketer, publisher and distributor of video games Electronic Arts has revealed that it will cease online functionality for 50 games in June 2014. The company released a list that features several installments in the Battlefield series, however, it has been stated that services will not shut down across all platforms. It has been reported that PC versions are on the list, in addition to Battlefield 2: Modern Combat for Sony’s PlayStation 2.

Moreover, Bulletstorm for PlayStation 3 will reportedly lose its multiplayer functionality, however, nothing has been mentioned regarding the Xbox 360 or PC editions. Electronic Arts released a statement, which said, “Since GameSpy’s announcement, our teams have been working to evaluate options to keep services up and running. Unfortunately, due to technical challenges and concerns about the player experience, we do not have a solution at this time. Online services for EA games on the GameSpy platform will be closed down at the end of June.”

The developer went on to say that they are still investigating possibilities to save online functionality for Battlefield 2, Battlefield 1942, Medal of Honor: Allied Assault and Command & Conquer games. However, the company stated that massive technical hurdles remain and they have nothing else to announce at this moment.