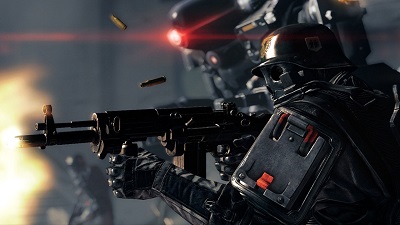 American video game publisher Bethesda has announced that Wolfenstein: The New Order will be launched without Nazi imagery in Austria and Germany, which is in accordance with German law. Besides the unique editions, the popular publisher will also geo-lock the game’s international PC version in those markets, which means that gamers will not be allowed to activate Wolfenstein: The New Order’s international copies.

As it is against the law to distribute material containing Nazi-related symbols and content, Bethesda said that doing so can lead to confiscation of the game, a significant financial punishment or even jail time. However, the studio confirmed that the German and Austrian versions of the title will otherwise be identical to other markets.

The company wrote in a statement, “Please note that the adaptation is in respect of Nazi content only, and although there are some legally required differences, the levels of violence and action remain the same as in the international version.”

Moreover, the publisher revealed the system requirements for the upcoming game last week and detailed both the PC requirements and space requirements on different consoles. In one of the previews, Wolfenstein: The New Order has been described as a good shooter with ’70s film aesthetic.