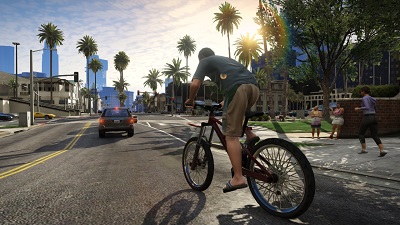 Multinational video game developer and publisher Rockstar Games had an extremely successful 2013, as the studio released one of the biggest and most anticipated titles, Grand Theft Auto V – the open world, action-adventure video game – on September 17, 2013. Surprisingly enough, GTA 5 had its debut on the PlayStation 3 and Xbox 360 only and the developer decided to avoid not only the next-gen consoles, but the PC also.

To this date, Grand Theft Auto V has managed to sell 32 million copies all over the world, so Rockstar Games’ decision definitely paid off commercially, however, the absence of the game’s PC version is confusing, especially considering the fact that the highly successful series had its start on the PC. In addition to that, every title in the series so far has shown up on PC.

Moreover, PC gamers have been vocal about wanting a port of the popular action adventure title, however, seven months following the game’s release, there is still no official confirmation regarding that, despite it being leaked, rumored or requested a number of times since then.

This is the longest gap between the console and PC release of a Grand Theft Auto game so far and fans have the right to be worried, considering that Red Dead Redemption – another big title by Rockstar Games – has not shown up on the platform to this day, four years following its initial release.