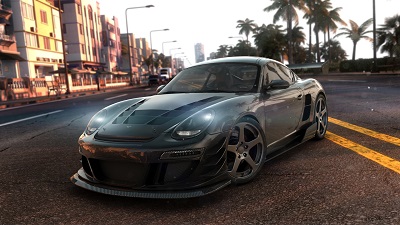 French multinational video game developer and publisher Ubisoft has announced a release window for The Crew, its highly anticipated racing video game set in an open world environment. The upcoming title is supposed to have its debut in the fall 2014 for PC and the next-gen consoles – PlayStation 4 and Xbox One.

Each car that appears in the game features its own specifications and players can tune them accordingly. The Crew is an open and persistent world and players will be able to race all over the United States. In-game, it takes an hour and a half to drive from coast to coast. Missions can be played individually, with friends or with the help of online co-op matchmaking. Players will be able to team up with a crew in order to race against each other or pull off robberies.

The developer did its best to recreate the country’s massive roads and it remains to be seen what the potential of the gameplay will be considering the fact that The Crew will be released for Sony and Microsoft’s next-gen consoles.

Starting from April 8, 2014, players will be able to win various rewards through a Golden Plates treasure hunt and Golden Plates will be hidden in The Crew’s trailers and screenshots.