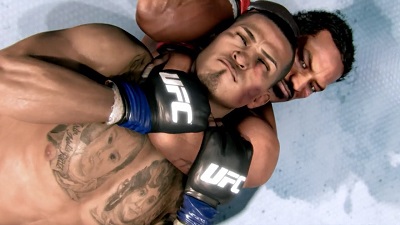 EA Sports UFC – the upcoming mixed martial arts fighting video game developed by Electronic Arts – is scheduled to be released on June 17, 2014 for the next-gen consoles – PlayStation 4 and Xbox One – according to an alleged retail display. The display in question states the release date, in addition to revealing a pre-order bonus, which will enable players to access a special Bruce Lee playable character.

The highly-anticipated installment will be the first UFC title since the famous developer and publisher gained control over the franchise, which was previously handled by the American video game company THQ. Andrew Wilson, the CEO of Electronic Arts said that the publisher can opt to release UFC titles every two years.

Wilson said, “It feels like it’s in that every-other-year mix, but in all honesty we haven’t made that decision yet. That really comes down to how long it’s going to take to make a great game and when do we think the audience is ready.”

In the preview of EA Sports UFC, it has been noted that the installment features the high graphical fidelity and that players will be able to see the entire arena reflected in their fighter’s retinas, under the condition that they get close enough.