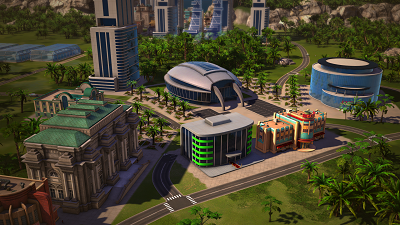 German video game developer and publisher Kalypso Media and Haemimont Games – the Bulgarian video game developer – have announced that gamers will be able to visit the twisted island of Tropico on PC in the near future. It has been confirmed that the PC version of the upcoming Tropico 5 will be released on May 23, 2014 all over the world and the title will have its US debut on May 27, 2014.

In addition to that, it has been reported that the Xbox 360 and Mac versions of Tropico 5 will be launched in the summer 2014, while PlayStation 4 users will have to wait a little while longer as the banana republic simulator is scheduled for the release in the fall 2014. Moreover, a SteamOS version is in development at the moment and will be launched alongside the Steam Machines.

Kalypso Media has decided to launch a brand new website for Tropico 5 and players will be able to find out all the information they could need to learn more about the upcoming game. Players will take on the role of El Presidente yet again and will travel through different eras in order to establish their rule and fight against the usual rebel factions while trying to make their citizens happy.

The game will have a new art style, as well as certain new features, such as Dynasties, which enable players to supplant family members into public office.