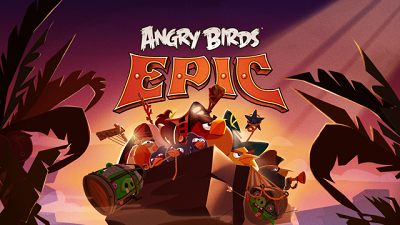 Finnish video game developer and entertainment company Rovio is adding yet another game – as well as a genre – to its popular Angry Birds franchise with the upcoming Angry Birds Epic. Following the release of a kart racing spin off titled Angry Birds Go and a mystery title named Angry Birds Stella, the studio has decided to offer another genre leap to its users.

Even though the majority of information related to the new game are under wraps, it has been revealed that Angry Birds Epic will take the form of an adventure RPG. Kotaku stated that the upcoming title will have a turn-based battle system, as well as ‘extensive’ crafting, common for the RPG genre. In addition to that, a screenshot revealed seems to be showing a team of birds ready to take on a group of pigs in a battle, while bars indicate their health.

Moreover, a teaser image has been posted on Angry Birds Nest and it describes users’ ability to ‘craft amazing battle-winning weapons like a wooden sword, frying pan or stick thingy with a sponge on top’. Angry Birds fans will be able to level up their characters, weapons and armors as they manage to win battles and will also use potions in order to boost their abilities.

Angry Birds Epic will be soft-launched in Canada and New Zealand in March 2014 for testing purposes, while the global launch is expected later in 2014.