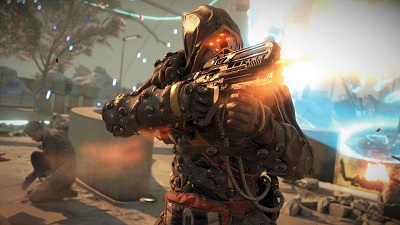 Amsterdam-based first party video game developer Guerrilla Games has revealed ‘The Insurgent Pack’, its first paid DLC expansion for the highly popular Killzone Shadow Fall. The upcoming add-on – which is scheduled to be released in April 2014 – will be priced at €9.99 or $9.99 and there will be no extra cost to Season Pass holders. ‘The Insurgent Pack’ will bring plenty of new content, such as a new Insurgent soldier class, as well as three new weapons, new abilities, new online collectibles, trophies and much more.

The Insurgent – a brand new class with two unique abilities: Hack and Steal.

The Insurgent Pack will represent the title’s first paid DLC expansion and Guerilla Games promised to release all DLC map packs free of charge to all users who own the game.