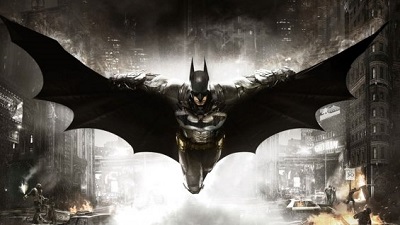 British video game developer Rocksteady Studios is gearing up for the highly anticipated release of Batman: Arkham Knight later in 2014. The title will be getting a next-gen makeover and will debut on Xbox One, PlayStation 4 and PC. Batman: Arkham Knight will be the fourth console edition of the Arkham franchise, as well as the third title to be produced by the London-based developer.

A Warner Bros. Interactive release stated that the upcoming game will represent the Arkham series’ conclusion. It has been reported that the usual super villains will be featured in the new game, as Batman must put a stop to the Scarecrow’s threat to Gotham. In addition to the Scarecrow, Harley Quinn, Penguin and Two-Face are also supposed to make an appearance in Batman: Arkham Knight.

Moreover, the upcoming game will be the first title in the series to have a playable Batmobile. The official trailer showcases the famous car briefly, while it mostly focuses on Thomas Wayne’s will. In the trailer, Bruce’s slain father says, “Invest in Gotham. Treat its people like family. Watch over them. Use this money to safeguard them from forces beyond their control.”

Even though Warner Bros. Interactive did not mention a specific release date, fans quickly pointed out that GameStop is already taking pre-orders for the title and that Batman: Arkham Knight will be released on October 14, 2014.